Please log in to your Swich account before using this feature. If you don't have one, let's get started! 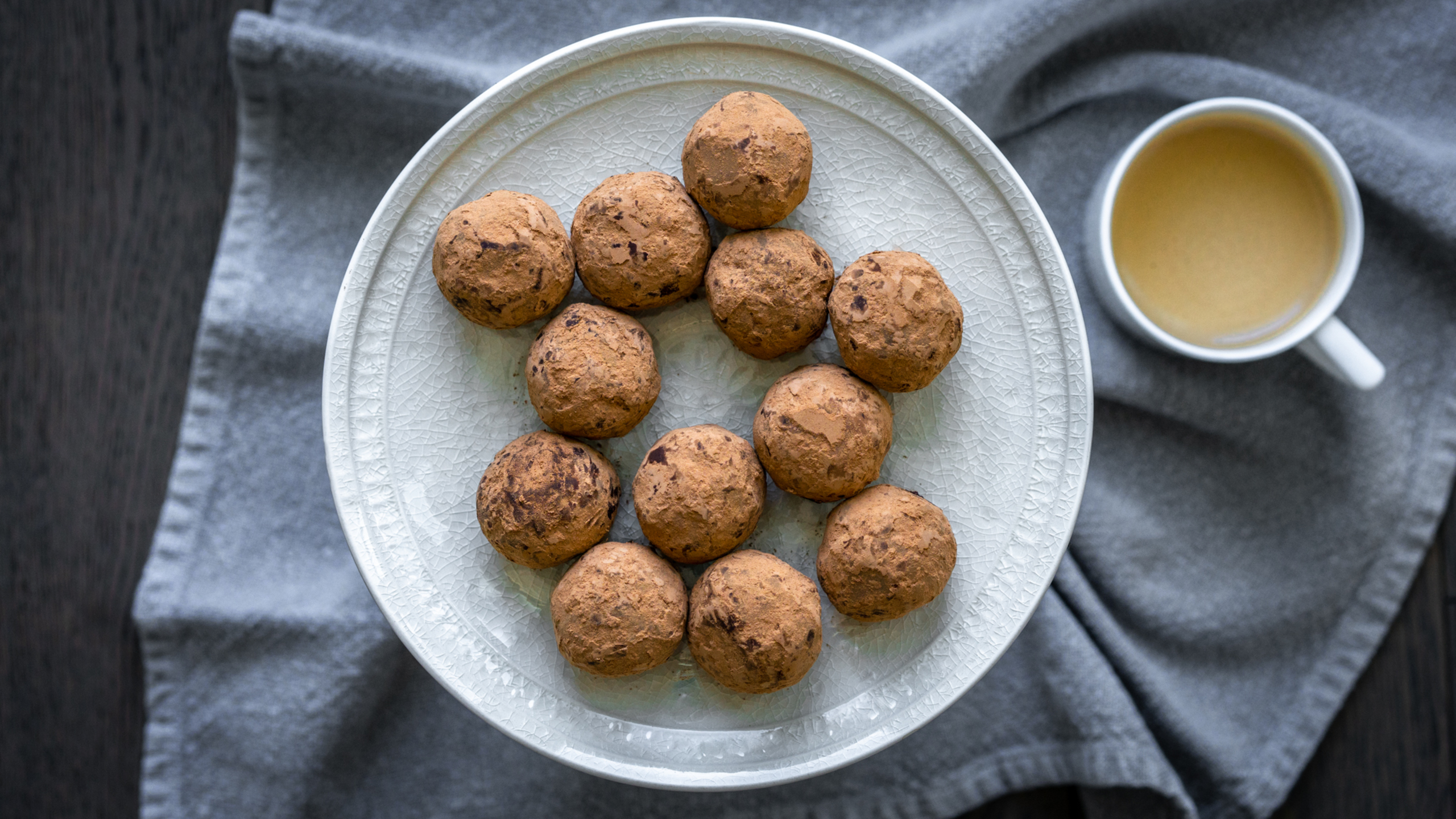 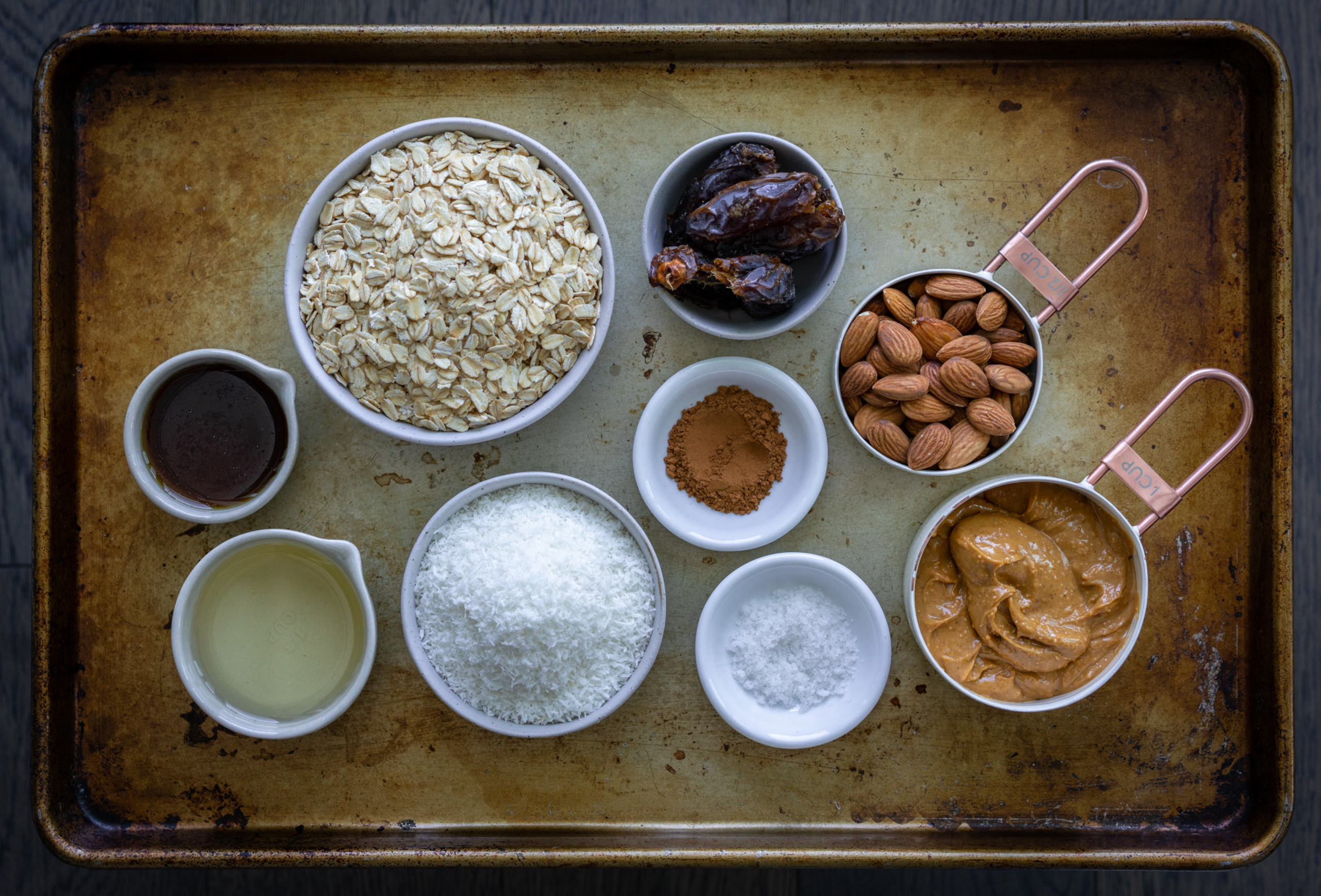 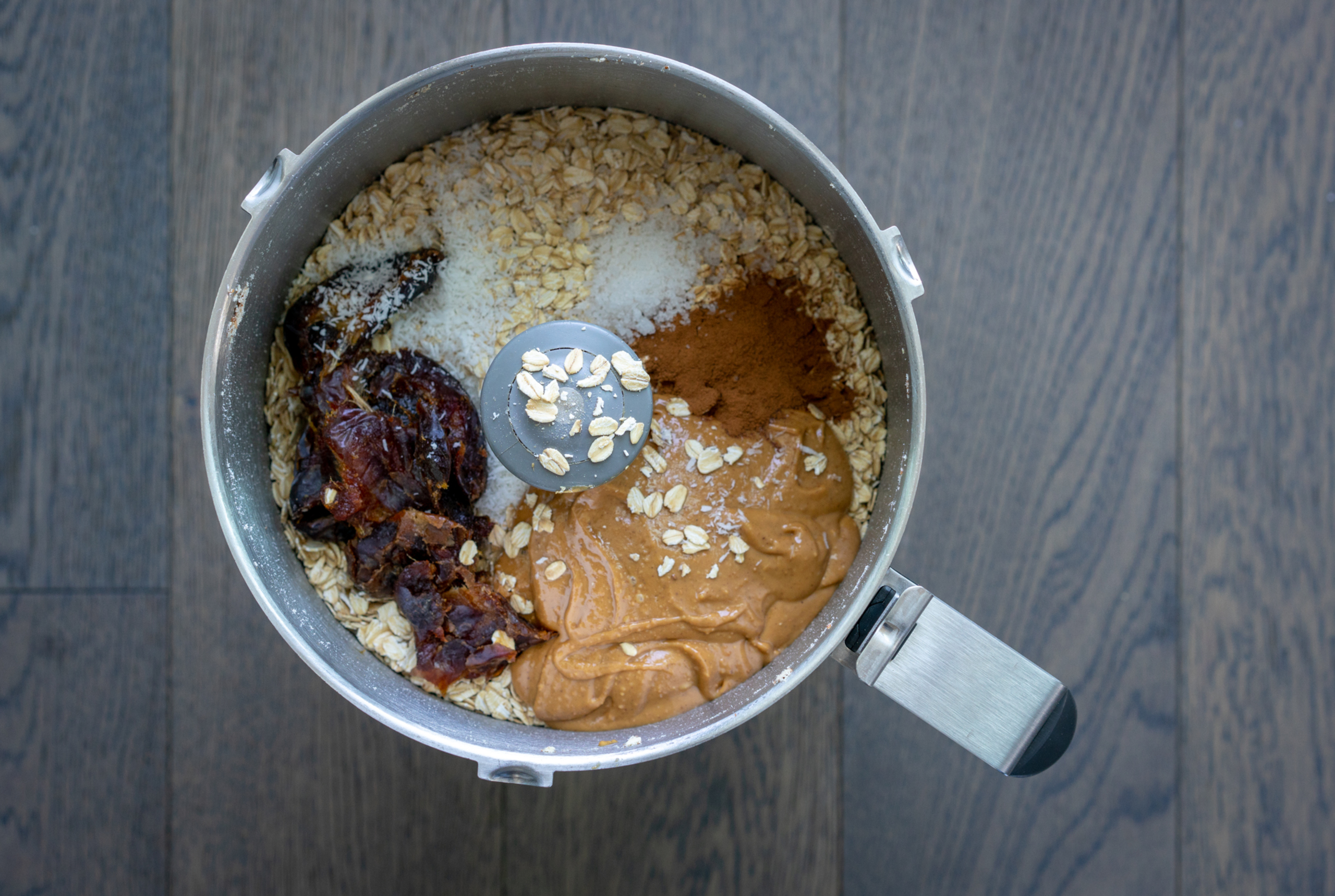 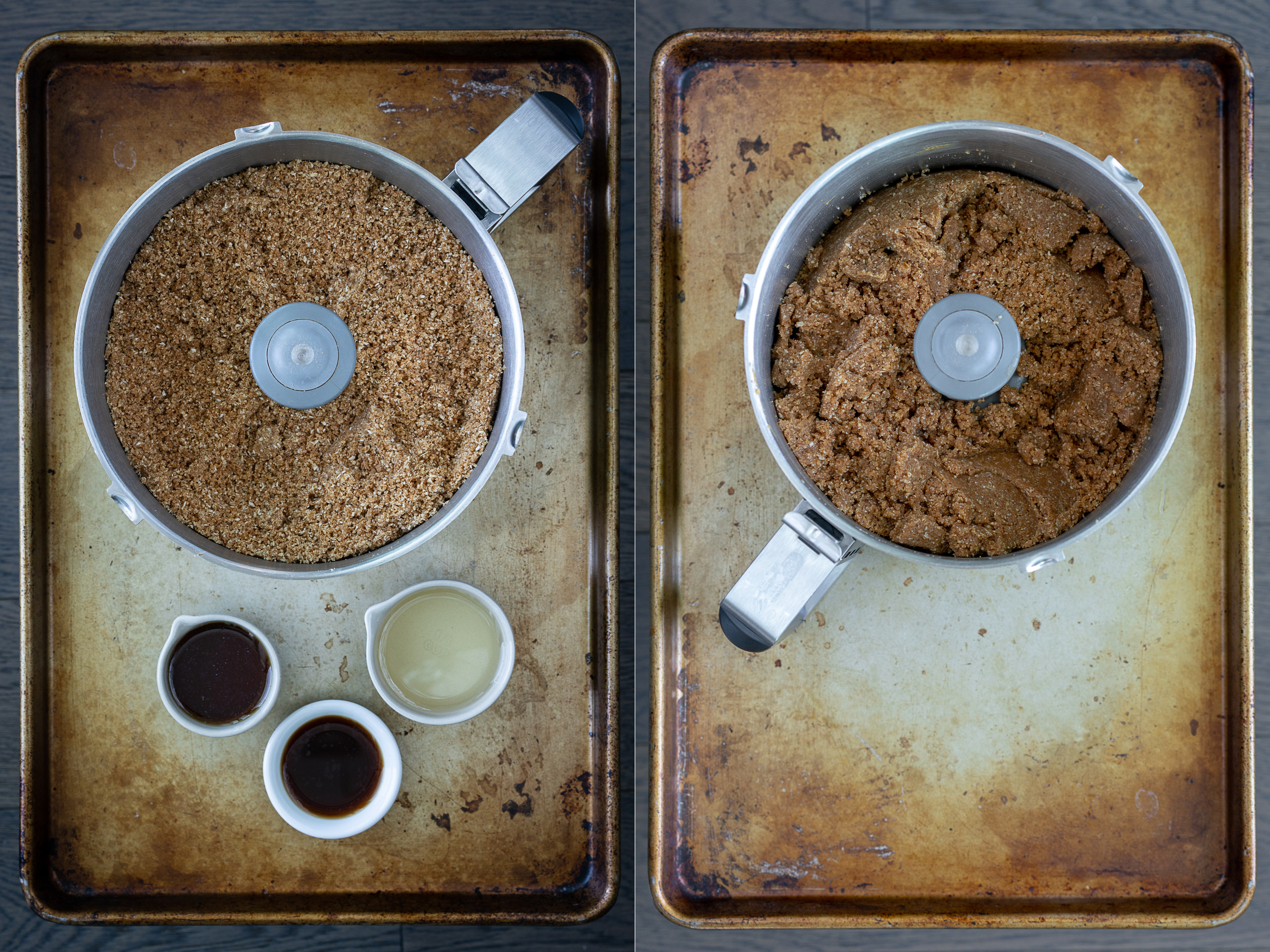 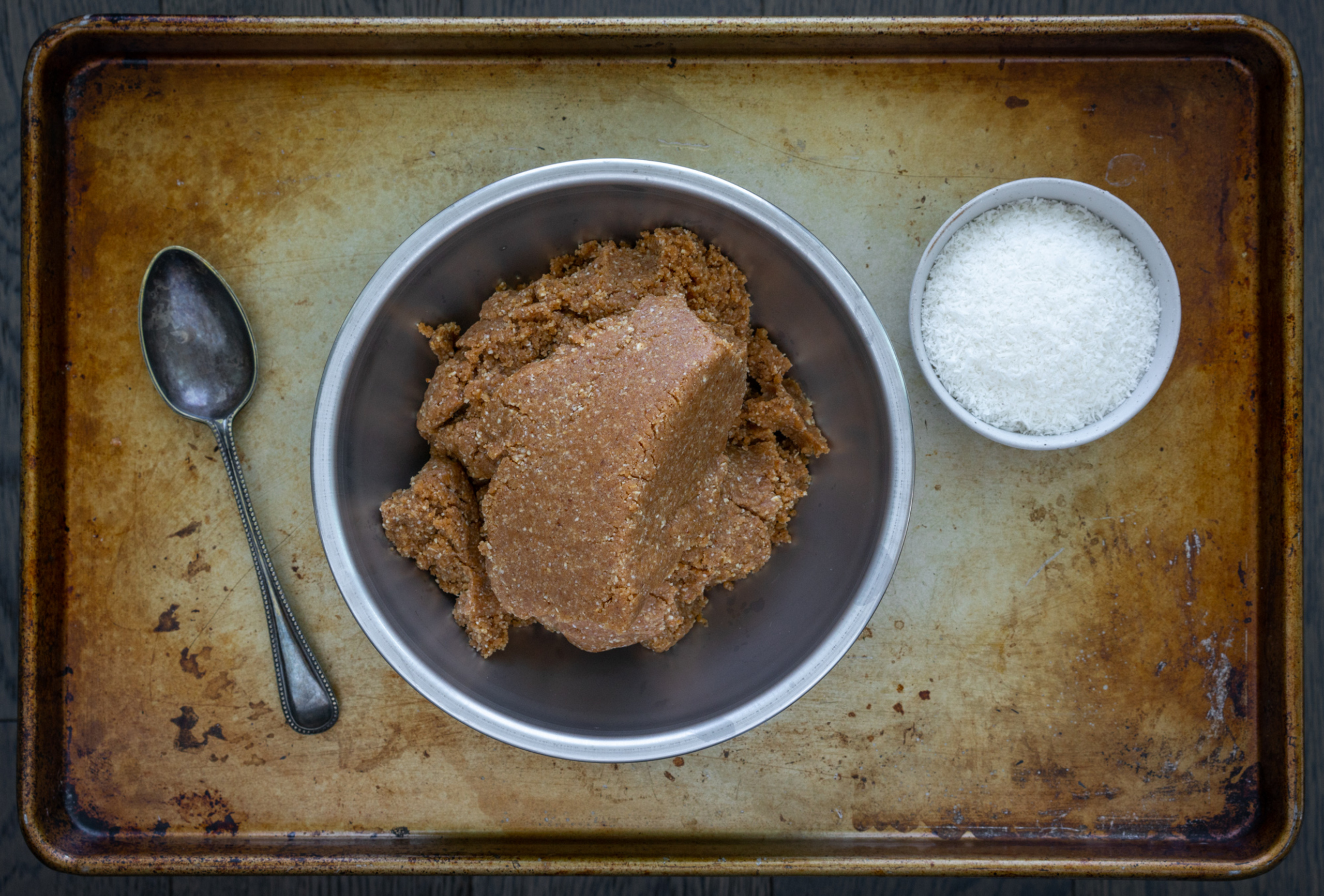 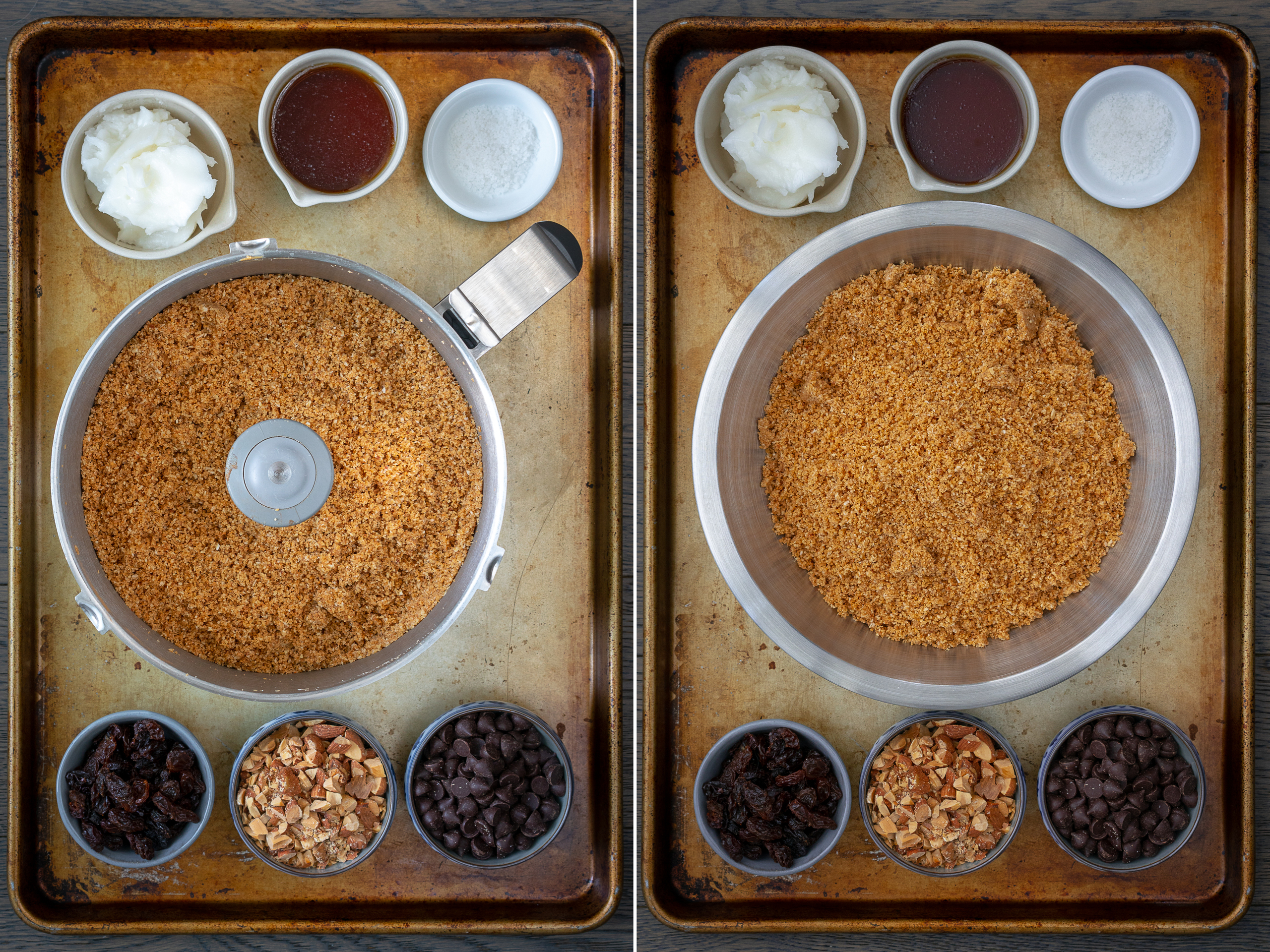 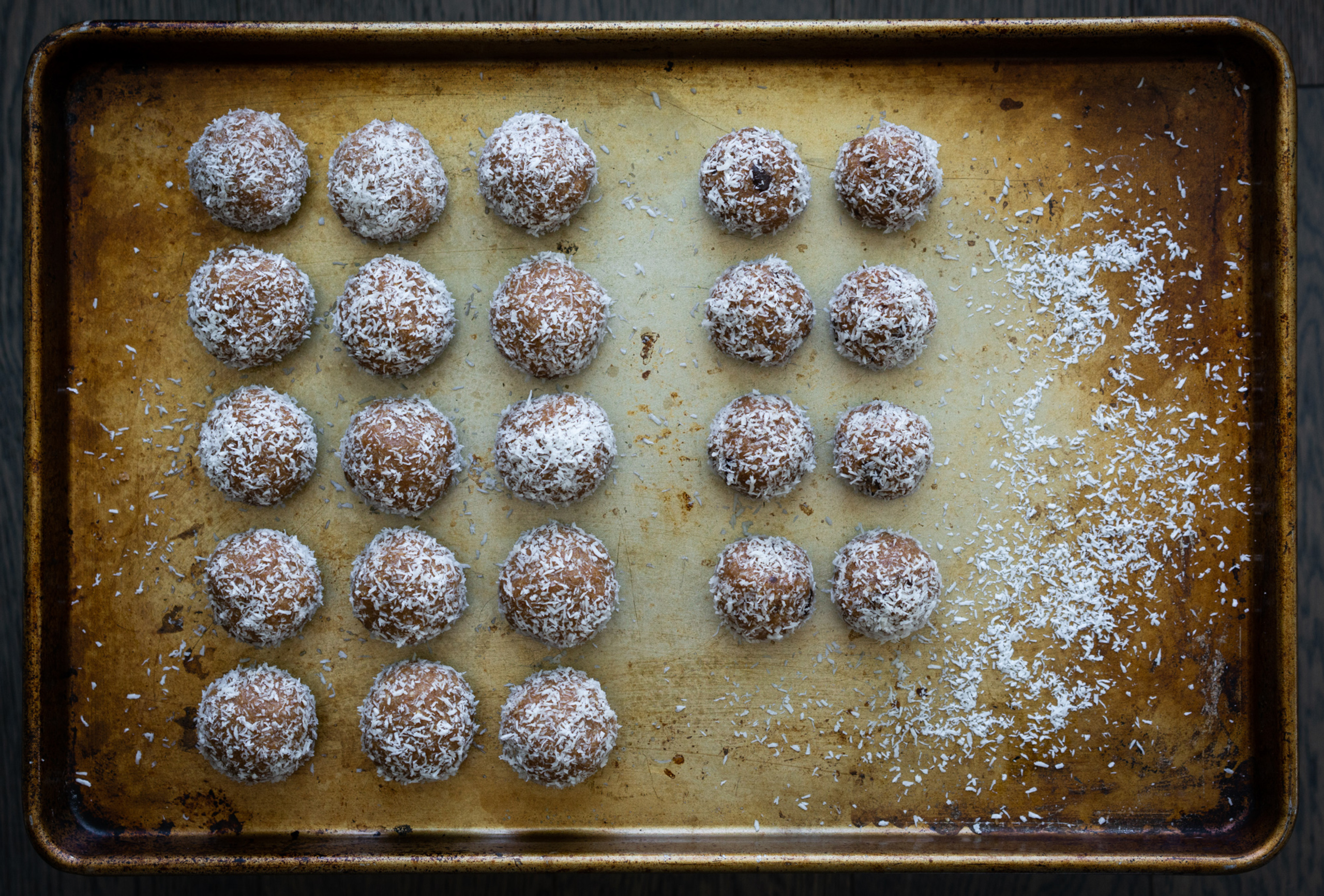 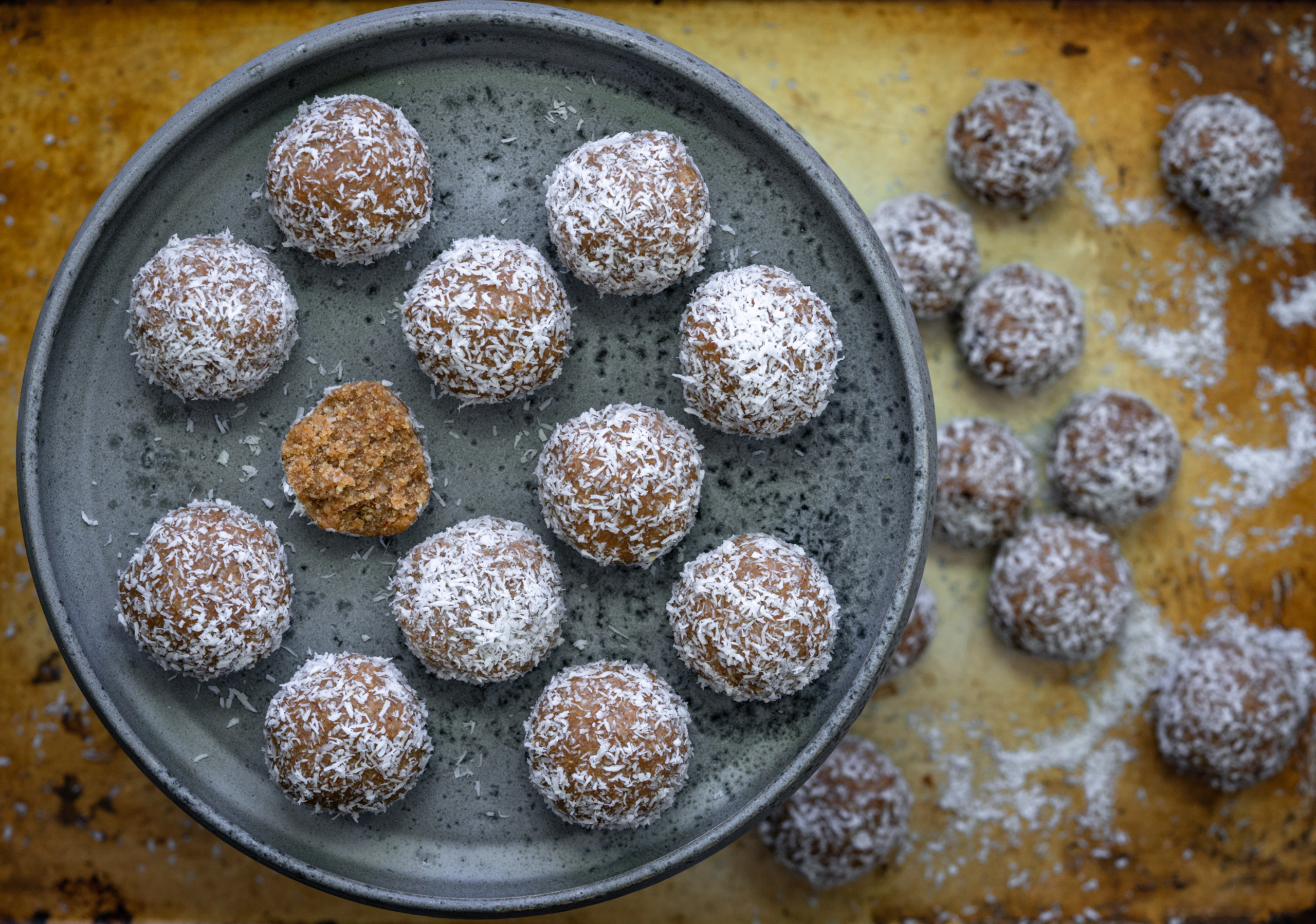 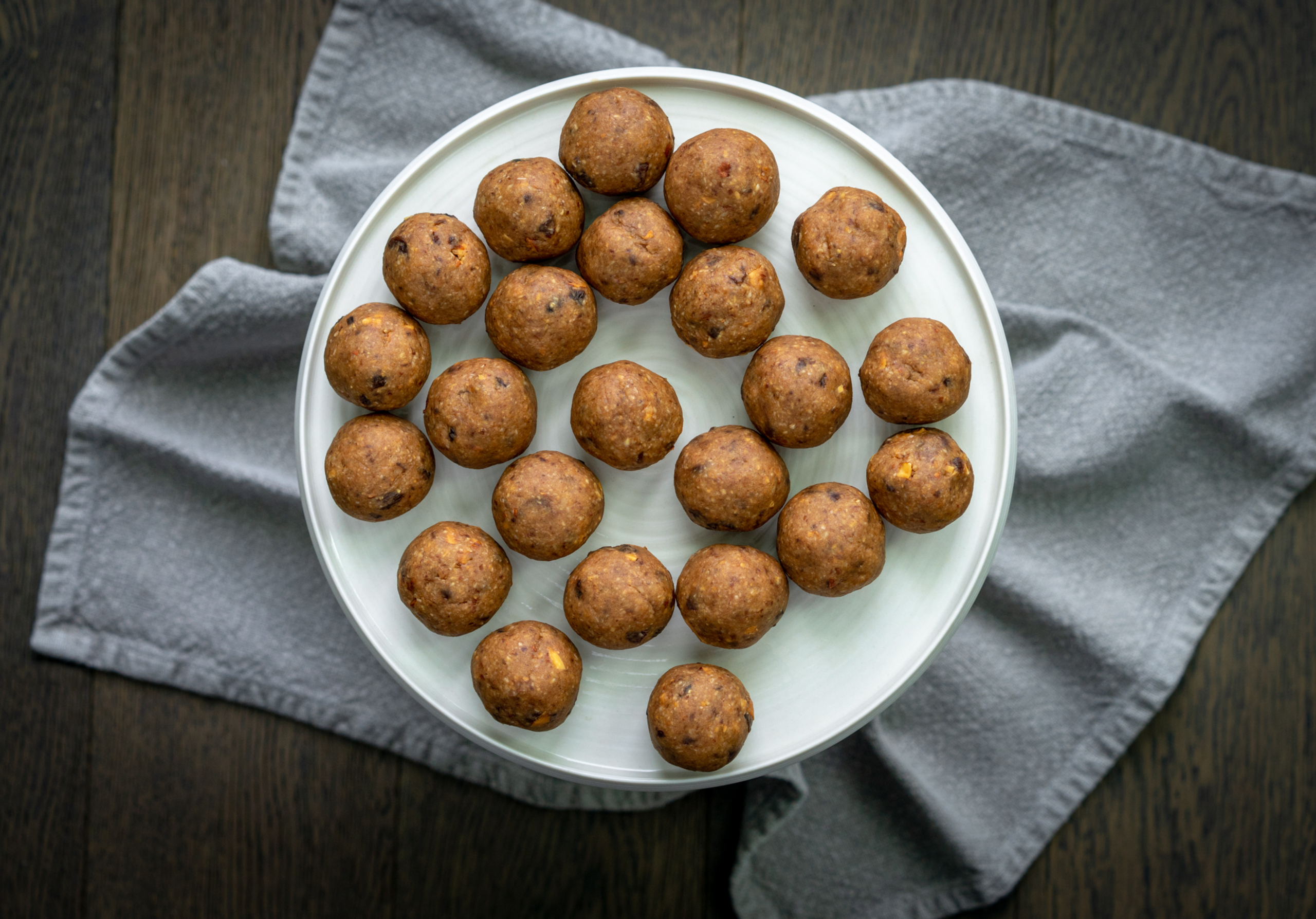 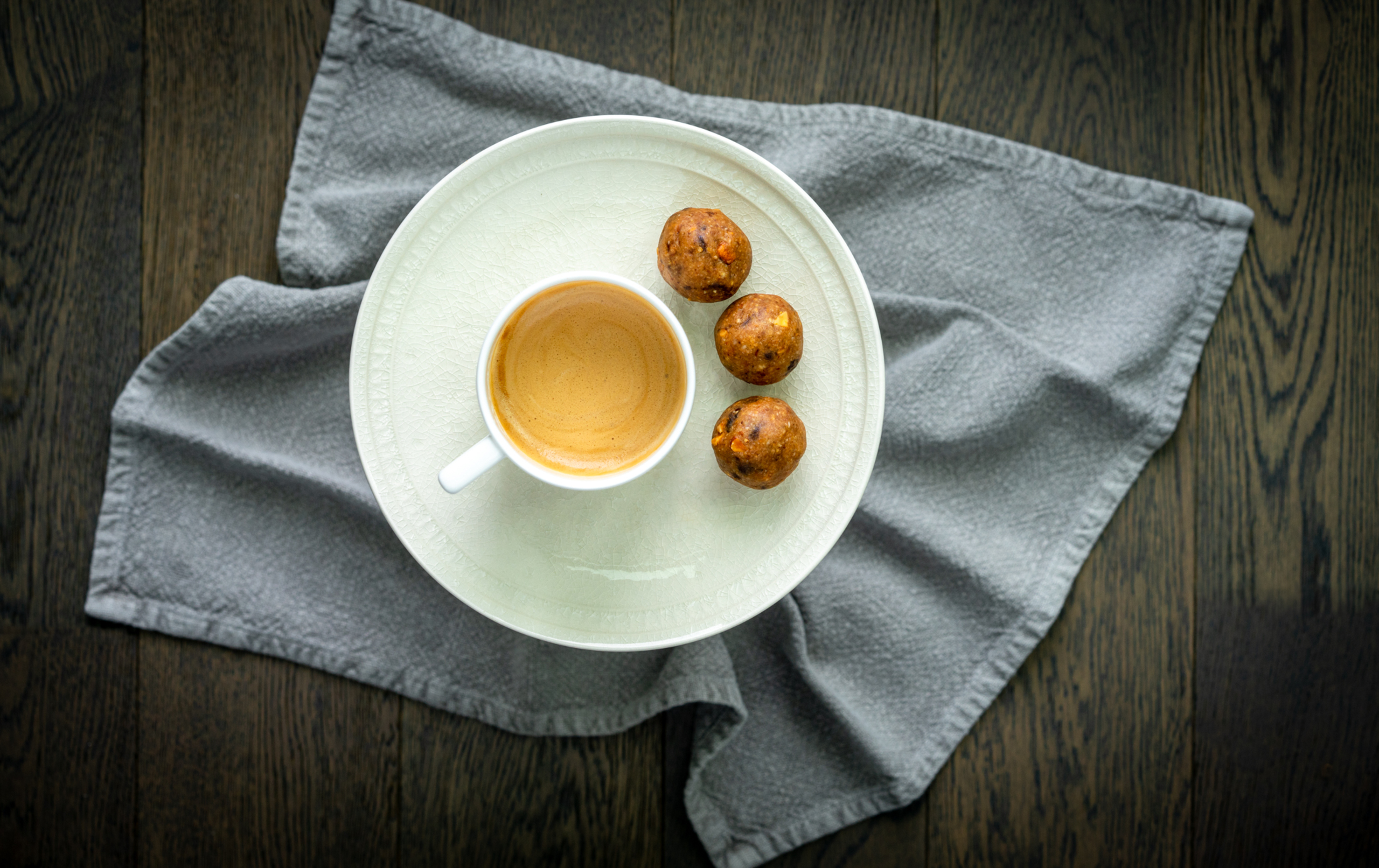 Made with a base of peanut butter, almonds, raisins, chocolate, oats, and coconut — these little power snacks or packed with just the right amount of sweet and salty.

Made with a base of peanut butter, almonds, raisins, chocolate, oats, and coconut — these little power snacks or packed with just the right amount of sweet and salty.

To start, add the oats, shredded coconut, peanut butter, dates, and cinnamon, to a food processor and pulse the mixture until you reach a somewhat coarse sand-like texture.

Note that other nut butters can be used instead of peanut butter. With that said, other nut butters might affect the final consistency, so you may need to adjust the amount of coconut oil accordingly. For the salt, we like to use fleur de sel as it provides a nice pop of salt without being too salty and overpowering.

Next, add the oat mixture back to the food processor and add the salt. We like to add the salt at this stage as it gives it more of a pop. If added too soon it will breakdown further and will give the balls more of a subtle overall saltiness. Next, pulse the mixture a few times just to combine all of the ingredients together.

Next, add the coconut oil and sweetener and pulse a few times to bring everything together. For the oil, we like to use REFINED coconut oil as it doesn’t give the balls a strong coconut flavor but feel free to experiment with unrefined coconut oil to see what you prefer. For the sweetener, we typically use maple syrup however agave, brown rice syrup or even a low-glycemic liquid sweetener such as monk fruit sweetener would also work.

When done, the mixture should sort of hold together when squeezed in your hand. The mixture/balls will hold together better once chilled but they should still seem like they are mostly holding together at this stage.

Lastly, taste the mixture. Does it have the right amount of salt or cinnamon for you? If not, add a touch more.

Once you are done portioning the balls, roll them in the palm of your hand — and squeeze them together even more — to form a nice smooth ball.

At this point, you can either leave the balls as is — which is how we prefer them — or you can roll them in shredded coconut or cocoa powder.

Once you are done rolling the balls, place them into the refrigerator for at least 30 minutes to firm up.